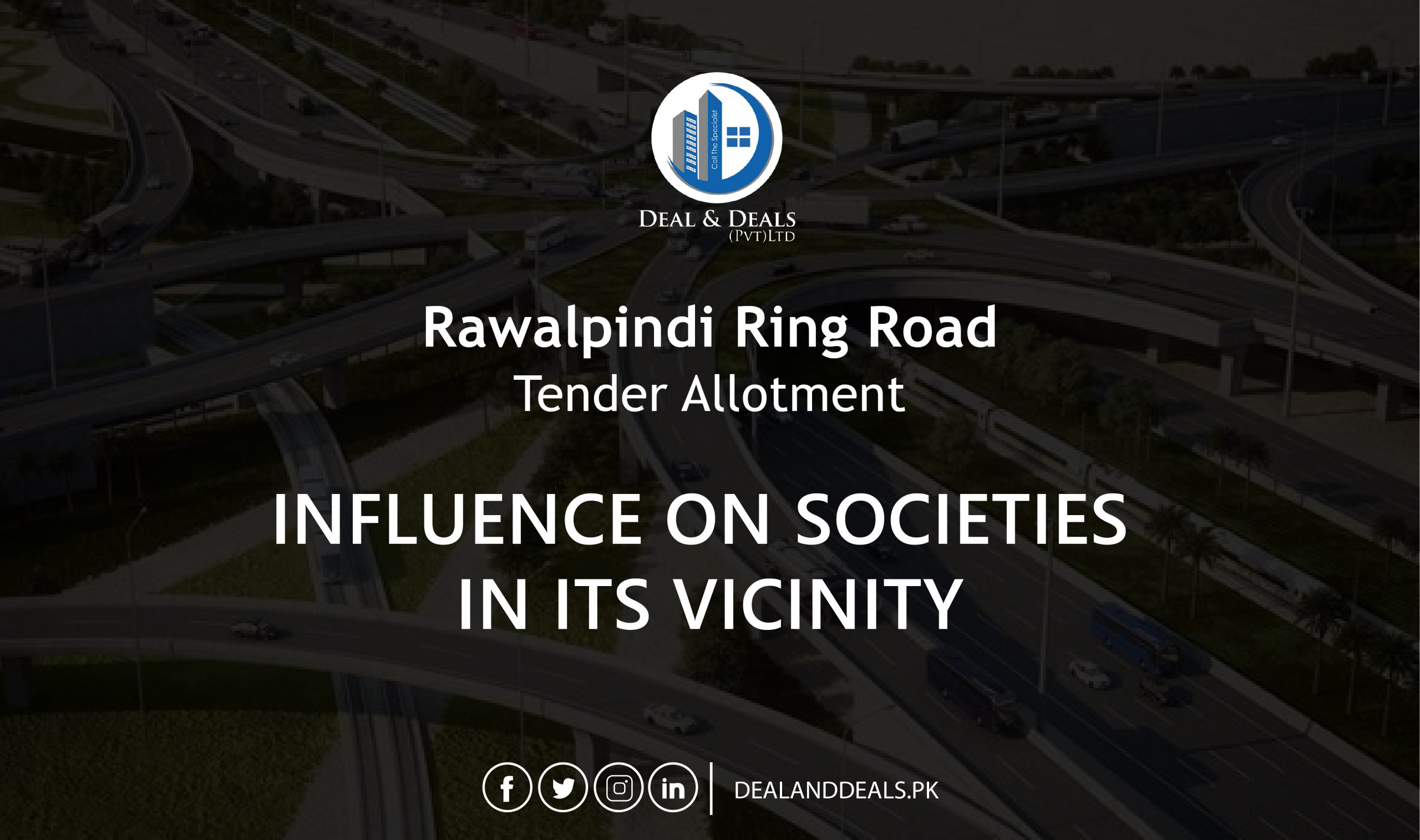 Rawalpindi as a metropolitan area is extremely important for the economy of Pakistan. It consists primarily of the twin cities of Islamabad and Rawalpindi and is the country’s third most populated urban area. Both cities are linked by road and metro bus, and their economies are intertwined. Rawalpindi is also a key logistical and transportation hub for Pakistan’s northwestern region. The National Highway N-5 is one of the country’s most essential national transportation arteries. The Ring Road Project was the most awaited development of Rawalpindi-Islamabad. The project will link Rawat to the National Highway and the New Islamabad International Airport.

Ring Road Rawalpindi (RRR) Project was started before 1991, initiated by RDA (Rawalpindi Development Authority). However, it was not completed on time due to frequent changes in administrations and regimes.
Announcing the breaking news, RDA has issued a tender for the development of RRR in February 2022. The inauguration event was originally slated for March 23rd, 2022, however, due to the Pakistan Day Parade, it has been rescheduled. On March 30, 2022, Prime Minister Imran Khan will lay the cornerstone for the gigantic project, RRR. Rawalpindi locals have greeted this positive development on these long-delayed projects with enthusiasm, as the city sorely needs these projects to address its traffic problems.
RDA, Government of Punjab intends to hire the services of Engineering Consultation Firm for RRR. After a year or two of silence, RRR has resurfaced after ECNEC authorized a budget of 31 billion rupees for the construction of this significant by-pass in December 2021. Over the last few years, this project has been beset by delays, but everything appears to be fitting into place for the much-anticipated opening of this project.

RRR Map to be Completed.

The RRR project has been in the works for more than 17 years and has been stunned by corruption allegations. Punjab and Federal governments will split the building costs evenly. According to the news, ECNEC has granted ring road money, and NESPAK consultants have been tasked with designing the Ring Road Map in accordance. The relevant consultants have been given one month and a half to complete the design. The project tender will be placed on the market after the full RRR Map is completed.

RRR will begin at ChanniSherAlam Bridge near Rawat, according to the project’s master plan. It is planned to construct the Lahore-Islamabad Motorway until Thalian Interchange. One ring road route will run all the way to the New Islamabad International Airport. Two links, however, would be built to Adyala Road and Sector I-8 Islamabad. RRR would also pass through Islamabad’s GT Road and Chakri Road.

The Punjab Highway Department is in charge of the project, and NesPak is in charge of the master plan. The RRR will be 38.3-kilometers long in total. The goal is to build in a by-pass style. The project will contain six flyovers, three interchanges, and ten overhead bridges in total. Ring Road Rawalpindi will also be connected by a number of connecting roads.

The objective of the proposed project is:
To expand economic connectivity and road transport efficiency in Islamabad-Rawalpindi metropolitan area through constructing the ring road and associated facilities.
To reduced travel time for through traffic users.
To facilitate increased population with access to quality, all-season roads.
Project monitoring will be developed and finalized during appraisal to monitor the project development and consequences.

It will relieve traffic congestion in Rawalpindi’s central districts, as well as provide space and reduce travel time for non-motorized traffic, public transportation, and commuting automobiles.
With the completion of the RRR, the N-5 congestion will be relieved, and Rawalpindi’s anticipated growth to the city’s south-western fringes would be aided.
The northeastern part of the city, as well as Islamabad, will have enough area for livability, job development, and other service or industry expansion.

The Ring Road project was conceived during the tenure of the previous government but the plans for the road were revised under the PTI government. The project was approved by the authorities in the beginning but some controversies made the construction immobile for some reasons.
The primary findings of the RRR controversy report have been made public. The report established that the ring road’s alignment had been altered and that the award had been made in violation of the law.
But the Exciting News is here! The federal government has conditionally approved public funding for the RRR project, which will now be completed following the original route to avoid further controversy!

INFLUENCE OF RRR PROJECT ON THE HOUSING SOCIETIES IN VICINITY

RRR will undoubtedly add to the overall attraction and appeal to the real estate sector, as it will benefit projects located within the M-2 motorway’s grounds. The construction of the ring road will increase the property sector’s economic potential in Islamabad.
The demand for real estate services will rise, and the difficulty of relocating within societies will be resolved. This project caught the attention of both buyers and sellers, as well as those looking for investment opportunities. Some housing projects have already begun construction on residential schemes, with costs growing by the day. It will certainly be productive for the next three to five years. Here’s a brief of the societies that are tinkle when it comes to investment opportunities in the vicinity of RRR.

It is planned nearby RRR, around 400 to 500 meters away i.e., Adyala Road in Rawalpindi. The ultimate alignment of this project is directed along this housing venture’s route, making it a desirable position. In addition, the Adyala Interchange will be built just across from Rudn Enclave initial access gate. After the construction of RRR, the distance would be less i.e. almost 10 to 12 minutes to New Islamabad International Airport, 10- to 15-minutes away from Giga mall and T-chowk, and 20 minutes to Zero Point through Kashmir Highway

This project is vital because it is easily accessible via the Ring Road and the CPEC route. Furthermore, inhabitants can reach Rawalpindi and Islamabad in less than half an hour from Nova city Islamabad. Apart from that, its location is advantageous because it is adjacent to the CPEC-Ring Road Interchange. It is easily accessible from Attock and Rawalpindi, both of which are within a ten-minute drive.

This society is located about 3-kilometers from RRR. It would also benefit from a fantastic arrangement from the twin cities’ other areas. Undoubtedly, Capital Smart City will have a significant impact on land prices along its path, and it is safe to predict that both the amount invested and land prices will rise by 2022.

The RRR and Chakri Interchange would be right next door to this housing society. Because of its world-class facilities, it is currently quite popular among real estate specialists. With the new Ring Road construction, Blue World City would be connected to New Islamabad International Airport directly.

The RRR Project will have a favorable impact on the value of housing societies along its path. Whether the investment return rate is higher, is entirely dependent on other aspects such as location and construction status, as well as the amount invested. Following the opening of Ring Road, the prices of housing complexes along its course would instantly rise.
So, it’s the finest moment to purchase land in any of these housing societies!