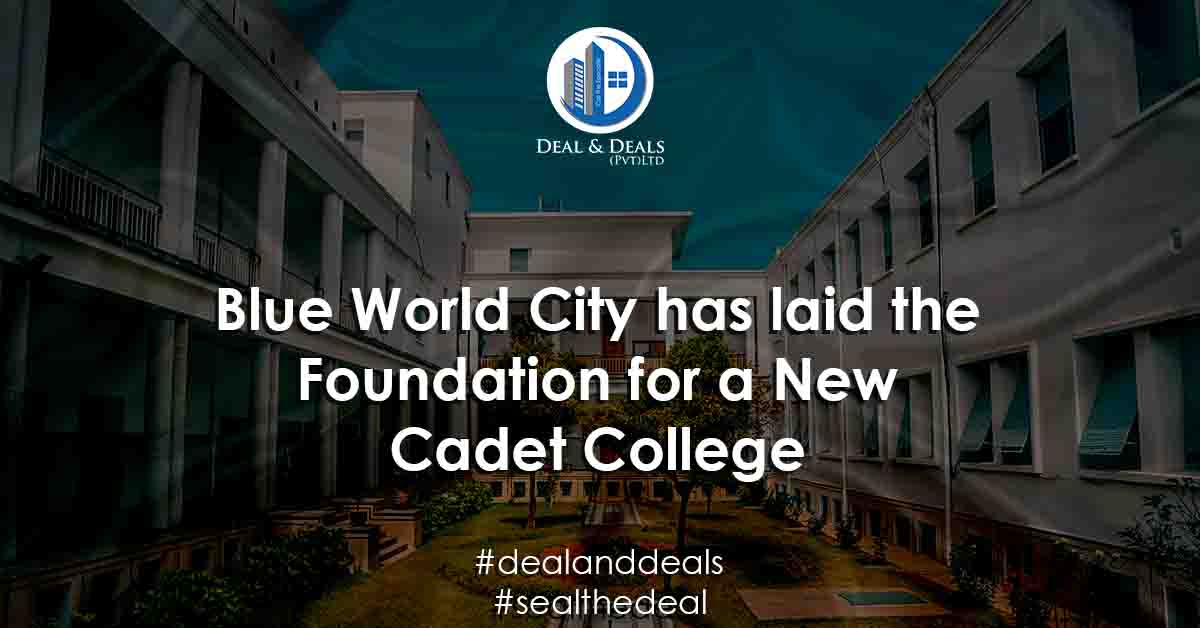 Blue World City Islamabad has recently laid the foundation for a new Forces School and Cadet College to be built in the real estate housing society. This new update has become one of the prominent Blue World City news as this project can build the image of Blue World City as more than just a mere housing project. With such infrastructures, Blue World developers are on their way to make this real estate project at the next sensation in the industry.

This particular news was released when Blue World City organized a proper ceremony on 1st May 2020 to unveil this project. A large number of prominent personalities came and attended this ceremony and appreciated the efforts of Blue World City Islamabad for the growth of the real estate industry in Pakistan.

This article includes the details regarding the Blue World City Cadet College foundation ceremony held in the housing scheme in May 2020. 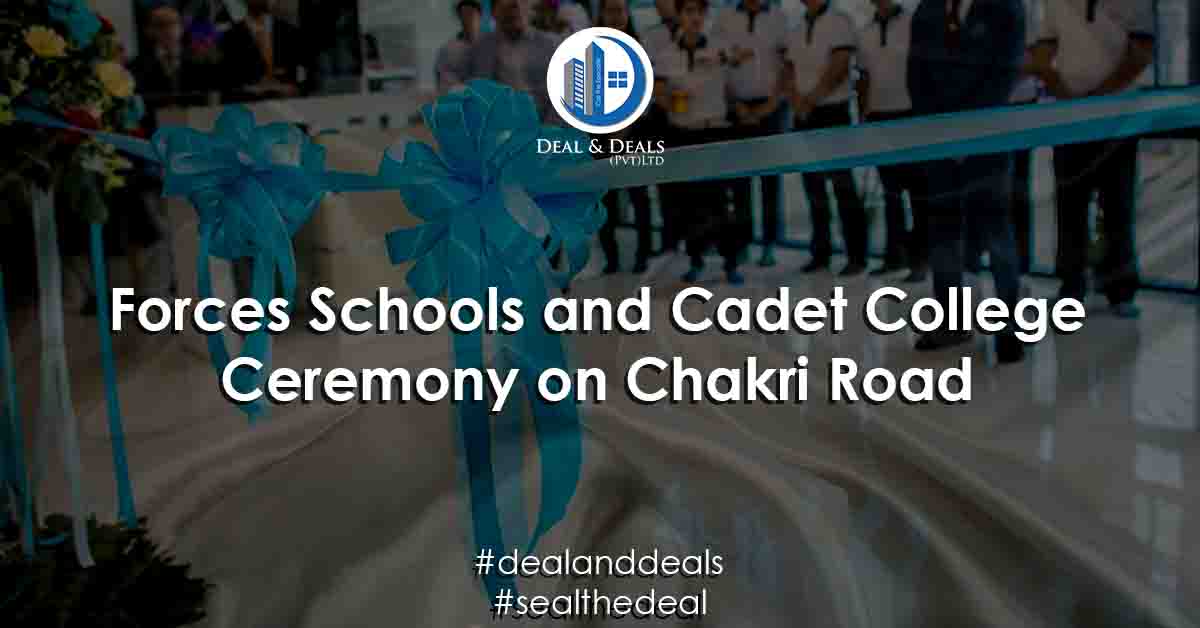 A special ceremony was conducted in Blue World City where a number of guests were invited included the celebrity Mr. Nauman Ejaz wo attended the ceremony. He also spoke on the event and praised Blue World City’s effort for the educational sector of Pakistan. This is a part of Saad Nazir’s vision to completely revolutionize the real estate sector of Pakistan to make it accommodating and versatile. 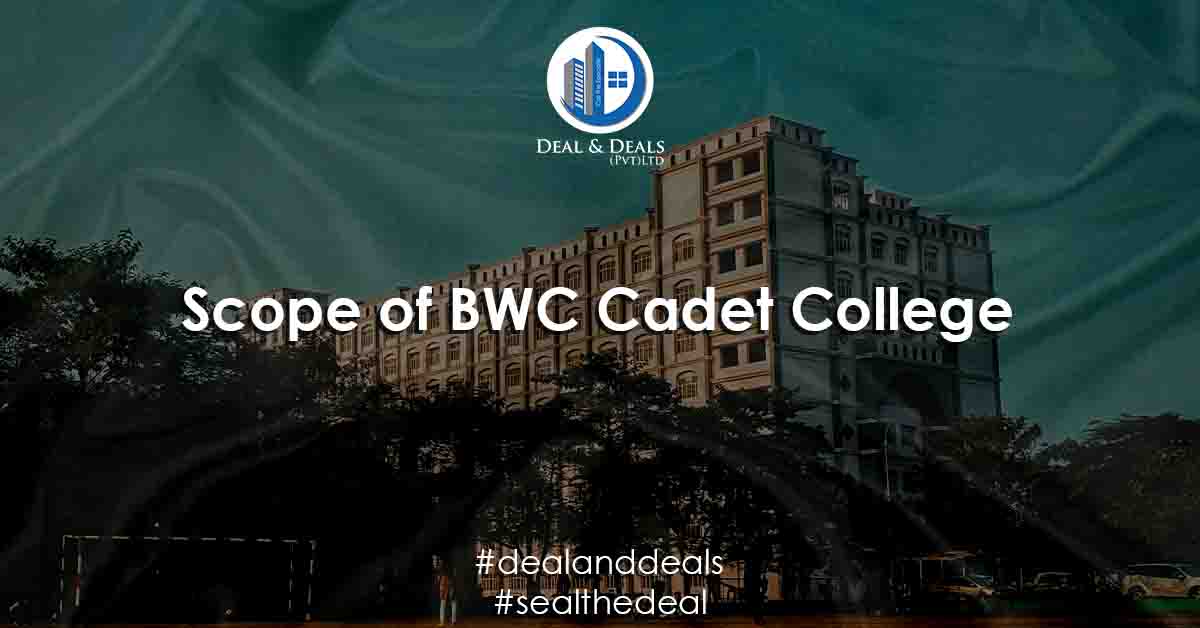 This new Cadet College in BWC has a massive scope as it is being developed on almost 112 Kanal Land. Being build with the latest infrastructures, this educational institution is set to provide the students with quality education. Moreover, facilities such as libraries, sports grounds, and gym will also be available in this new institution. Thus, we can say that this institution has the ability to become a comprehensive and complete project for the residents of Blue World City as well as the outsiders who have will gain admission in this institute based on merit. 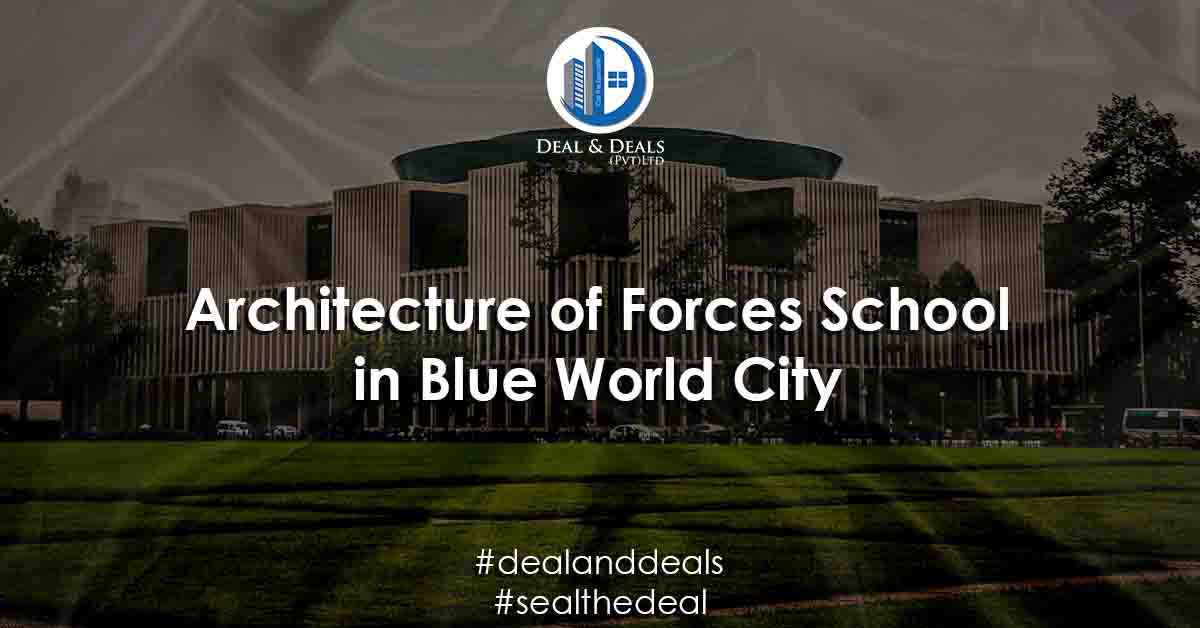 This Forces School project in Blue World City is being designed based on prolific architectures and modern designs. The structure of the building is designed to impart an impressive sense of quality and excellence to the visitors. This is primarily because this institution tends to advocate quality education, and for this purpose they are making sure that the infrastructures are up-to-date, and the students can get modern and latest educational facilities. The architecture of this cadet college in Blue World City is being developed by a company that works under the Blue Group of Companies. The name of this company is Blue Bricks Architects and Consultants.

Speakers and Participants of the Ceremony 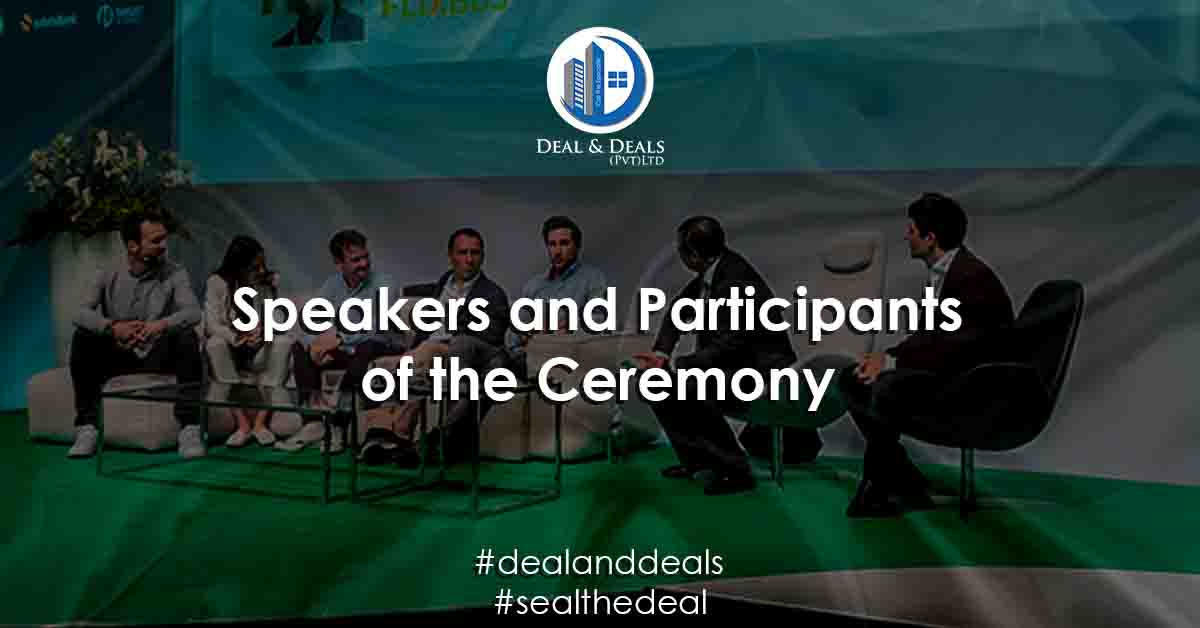 An Educational District in BWC 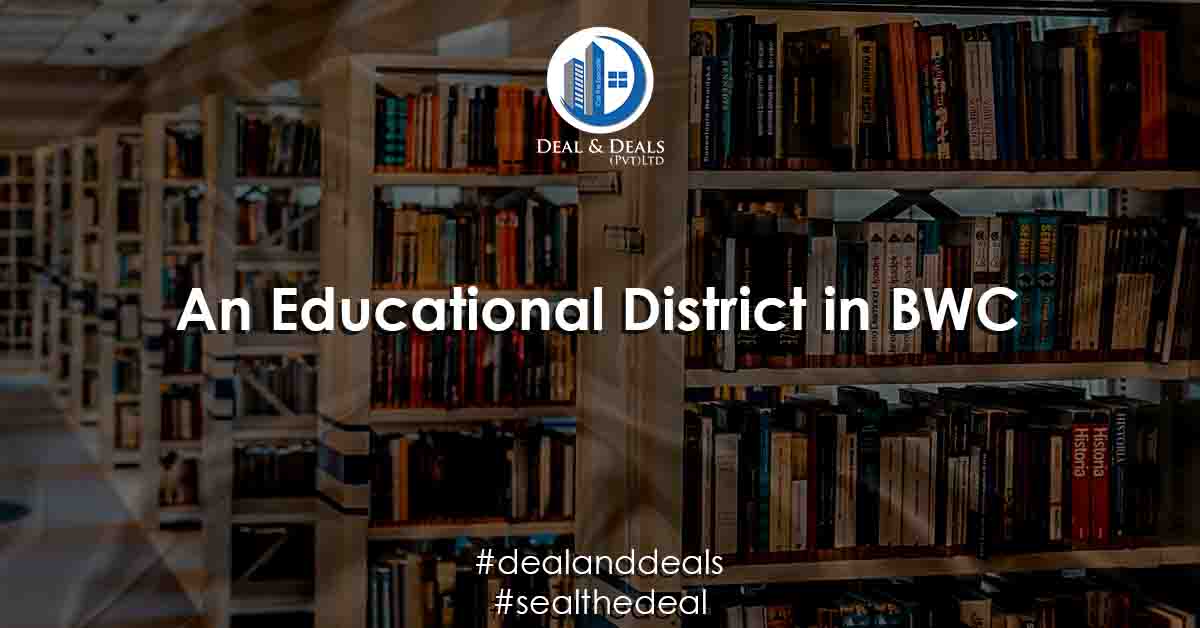 This Cadet College in BWC points towards the fact that this new project is about to materialize in a short span of time where all stakeholders have joined hands to make it a success. People from all walks of life have come and joined this ceremony to showcase their support for this new Cade College in Blue World City Islamabad.

This is a sign of trustworthiness, agility, confidence, and reliability. Many are considering this project as a step towards something much bigger and more extensive in scope. This means that Blue World City might plan to allocate a large portion of their land for a proper educational district similar to the one planned by Capital Smart City Islamabad. 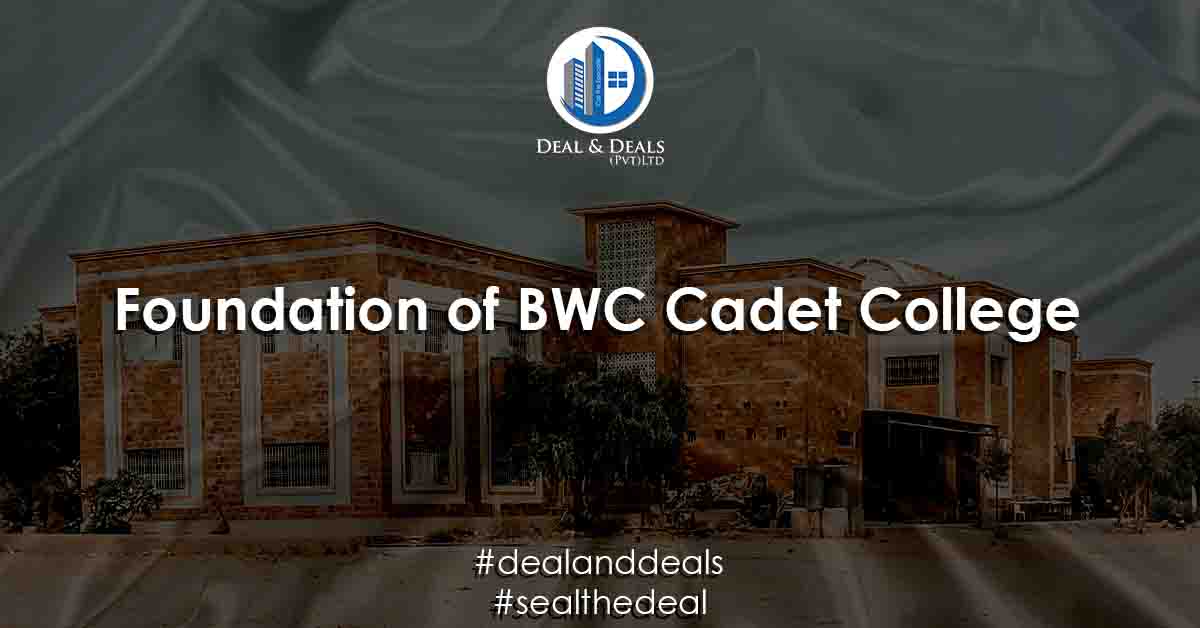 At this ceremony for a Cadet College, the participants laid the foundation of this institute based on the fundamentals of disciple, dignity, and courage that were advocated by the founder of Pakistan, Mohammad Ali Jinnah (R.A). The aim was to provide this project with an initial support that would make it one of the biggest and most reliable educational institutes in the country where excellence is promoted, and ignorance is eradicated.

Therefore, we can say that this project and its commencement ceremony can be considered as an extremely important step towards the prosperity and progress of education in Pakistan. Only with strong determination and efforts by such communities in Pakistan, we can join hands to manage the resources towards a greater and brighter future of the Pakistani youth. This vision of Blue World City is witnessed in the developing of such projects which are expected to be increased with time.

Once this project its completed, this Cadet College in Blue World City is predicted to grab the attention of a large of number of students who are eager to learn. Following the policy of this project, other housing projects are also predicted to initiate similar endeavors for a bright and prosperous Pakistan in the future for us and our families.