Recently, a number of rumors were surfacing on the internet regarding the overall credibility of Blue World City Islamabad as a legal housing society. In order to provide clients with satisfactory answers regarding all of these rumors, the Blue World City CEO has taken matters into his own hands.

A new interview of Saad Nazir has been uploaded by the housing society’s management and it clears all doubts regarding the Blue World City NOC approval, authenticity, upgradation, land approval, planning permission, and much more. CEO Blue World City discusses a range of topics regarding the overall potential of this housing projects as a legal and completely secure real estate projects for investors in the recent times.

This article incudes the details regarding the CEO Saad Nazir’s Latest message regarding the rumors surfacing against Blue World City Islamabad.

Starting off his interview, the CEO Blue World City cited the recent real estate update in which Imran Khan has advised RDA to expedite the NOC approvals. It is expected that the Blue World City NOC approval would be received in almost 50-60 days and its not long when the same Blue World City plots would start selling for double their actual prices.

According to him, investors should invest in this housing project without any hesitation. As a result of their investment before the approval of Blue World City Islamabad NOC, they will be able to benefit from the profits after the process is completed. Once the project is given the NOC in the upcoming few weeks, the overall rates are expected to surge, and many people who have already invested are likely to make profits out of their investment in this brilliant real estate destination.

In his interview, Saad Nazir pointed out some competitors in the market who have started a false campaign against Blue World City with an aim to harm the growth of this mega-infrastructure project. According to him, these false tactics by competitors are considered to be completely unethical and this is all happening in order to defame the overall image of Blue World City Islamabad. The Blue World City NOC is in process and it will be accepted soon.

In addition to this, he also explained that the Blue World NOC process for 1 Lakh Kanal land is currently under process, and it will be completed in a matter of months. He cleared that the land is directly owned by him and his partner who have applied for the NOC as the sponsors of this amazing new Blue World City Masterplan. Both of these developers have jointly started this housing scheme, and it would be finished together as well.

Furthermore, the CEO stated that the allegations against Army Officers in the process were extremely objectionable and deplorable. “As a developer, I can contemplate the fact that my competitors would definitely throw stones at me and my character, but I would never have imagined someone attacking the Armed forces of Pakistan and their officers for his/her ulterior motives”, he stated. This is something that makes considerable sense as the Armed Forces are the most trusted institution of the state, and their credibility must never be doubt.

3. Background of Blue Group of Companies by Saad Nazir 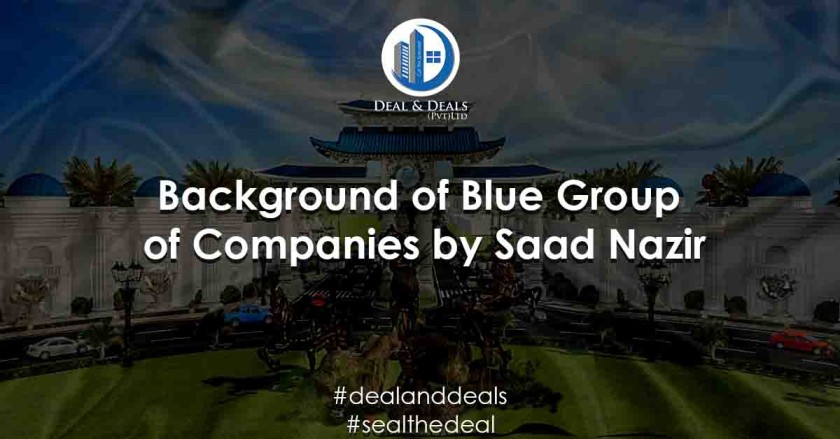 At the very outset of the interview, Saad Nazir brief about the history of the company that owns the land of Blue World City, and the role of developers as well. According to Mr. Nazir, Blue World City is a joint venture by Blue Group of Companies and Imperium Group of Companies. Both of these companies have designed this project to be Pakistan’s first purpose-built tourist city.

Other than real estate, these two groups have also contributed immensely in other sectors as well including information technology, retail sector, printing, food, tourism, trading, and automobile sectors as well for the past 22 years. The CEO went on to tell more about the Mr. Nadeem Ejaz who is the owner of the Imperium Group of companies. According to the CEO, the partnership with Mr. Ejaz has proved to be a fruitful venture as he has a very strong stature in the real estate market of his region. 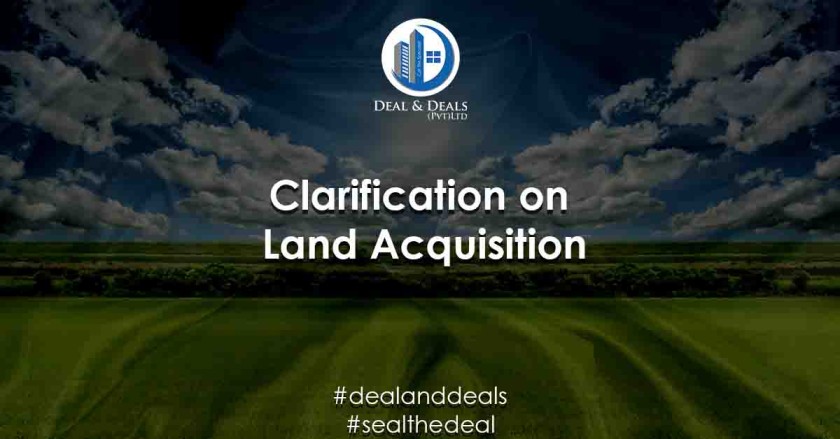 In a recent rumor, it was alleged that the housing society had only 35 Kanal Land available. This was an outrageous claim to which the Blue World City owner responded in an effective manner. According to Saad Nazir, almost 13000 Kanal Land evidence was already provided to the RDA and the verification is to be completed in a few days.

This land is jointly owned by Mr. Saad Nazir and Mr. Nadeem Ejaz and the Blue World City NOC will be approved on the names of these two sponsors. In addition to this, thousands of more land was acquired and procured by Blue World City in the recent few years. In stating all of these facts and figures, proper documentation was shown on the screens by the company through which one can counter check all facts and figures, etc.

Deal & Deals blog section provides you with all the latest updates regarding real estate news, construction tips, home décor tips, and much more. Stay tuned to our latest news and blog articles to stay updated or call us at UAN 0304-1113325 for all details regarding the best investment destinations in Pakistan