Ertugral Ghazi is coming to Pakistan as Brand Ambassador of BWC 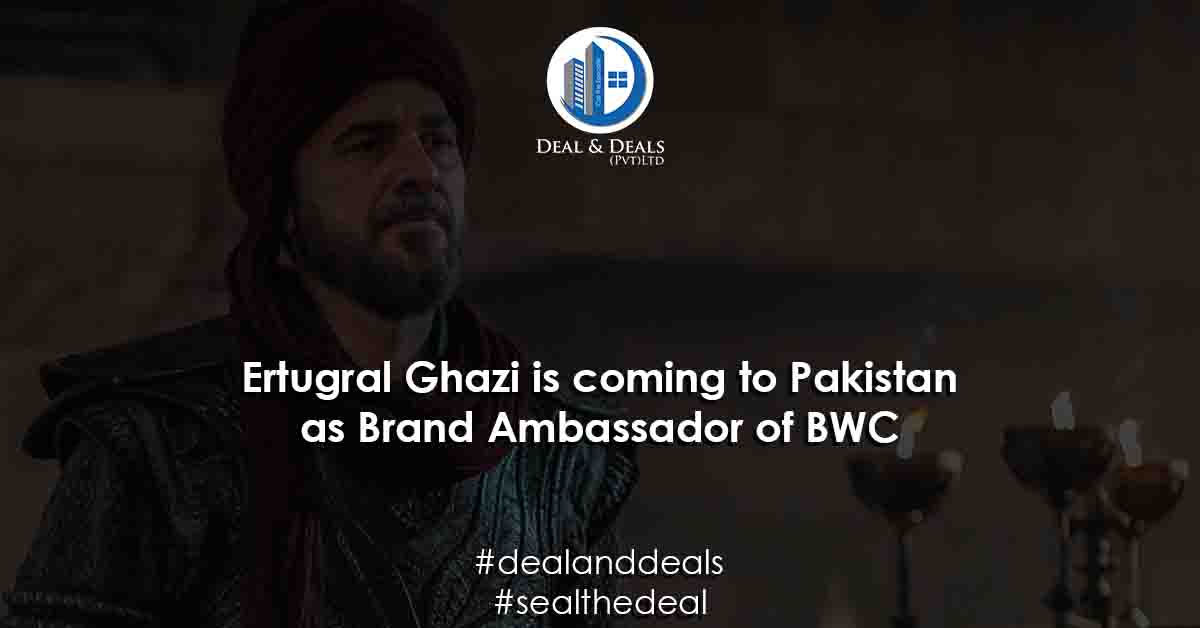 Ertugral Ghazi is a Turkish historical drama that portrays the historical events before the commissioning of the Ottoman Empire. The drama serial is based in the 13th Century and features Ertugral Ghazi; a renowned Muslim warrior of Turk decent. The serial shows that Ertugral was a main of resolve and ambition who was committed to bring peace, prosperity and justice to his subjects. The plot revolves around Ertugral who fights multiple battles and wars with the crusaders, Byzantine Empire and the Mongols to protect his homeland – a part of modern day Turkey. The drama is considered as one of the true depictions of history of that time and has been named “Muslim Game of Thrones” by some of the leading showbiz critics. According to leading drama critics around the world, the filmography, the battle sequences, acting and locations of Ertugral Ghazi are at par with international standards.

Pakistan enjoys friendly ties with Turkey. The relationship of these countries is deep-rooted as the two nations share the same religion and customs. The Urdu dubbed Ertugral Ghazi premiered in Pakistan recently on state TV – PTV – and has won the highest viewership for any foreign drama. Pakistanis, at large, celebrate Ertugral as a Muslim hero whose sword fights and leadership skills laid foundations of the mighty Ottoman Empire. The Ertugral Ghazi has been declared as one of the best dramas to debut in Pakistan and local showbiz critics have praised the cinematics and acting. Ertugrul has such a massive following in Pakistan that the drama serial is now a common household name. Actors of the Ertugral Ghazi are now being signed up by brands to advocate them. The first formal brand ambassadorship has been awarded to actor EnginAltanDüzyatan. The owners of Blue World City Islamabad, the Blue Group of Companies, has formally signed up Mr. EnginAltan as a brand ambassador of Blue World City Islamabad. Mr. Engin plays the central lead role in in Drama Ertugral Ghazi and portrays Ertugral Ghazi himself in the serial.

Blue World City Islamabad is a flagship residential real estate project of Blue Group of Companies. The housing society is located in suburban Islamabad off the Lahore – Islamabad motorway’s Chakri Interchange. According to the management of Blue World City Islamabad, the project is set to be an international level residential society and a tourism destination. Blue World is one of the only housing societies in the region that is bringing life – size replicas of World’s architectural Icons such as Dubai’s Burj Al Arab and the iconic Blue Mosque of Istanbul. Blue World City is being developed by a consortium of Blue Group of Companies and several Chinese developers. The Blue World City is planned to be a gated community with provisions of all civic amenities such as underground electricity, gas, water, theme parks and commercial areas.

Mr. Engin was happy after signing the MoU to be the brand ambassador of Blue World City Islamabad. He said that he holds Pakistani nation close to heart and it will be a privilege to represent a Pakistani brand at home and abroad. Mr. Engin aka Ertugrul Ghazi will be visiting Pakistan during the first half of September and will take part in several events and shoots organized by the management of Blue World City.