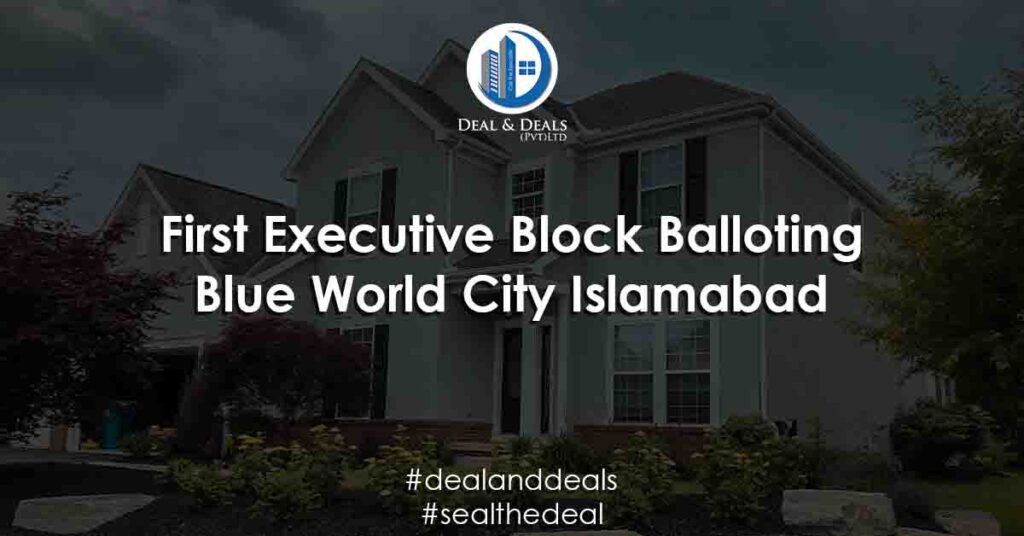 Blue World City Islamabad is a futuristic and modern housing society that is being developed in suburban Islamabad and Rawalpindi. The housing society is a project of Blue Group of Companies headed by Mr. Saad Nazir. Mr. Saad Nazir is a Pakistani serial entrepreneur and philanthropist with a myriad of real estate projects under his belt. The Blue World City is an ambitious housing scheme and is set to span over a massive area of 70000 Kanals. According to the developers of Blue World City, the aim of this housing scheme is to help people from all walks of life to have their own home. This is why BWC is one of the most affordable housing schemes in Islamabad.

The Blue World City, according to its masterplan, is not only set to be one of the biggest housing schemes of Pakistan but will also gain a central position as a tourism spot of the twin cities. The housing society is bringing some unique features to make it one of the most anticipated tourism spot in the twin cities. For instance, the Blue world city Islamabad will be the only housing scheme of the area that is set to bring life-size replicas of the world’s architectural icons such as Dubai’ Burj Al Arab and Turkey’s historic Blue Mosque. Apart from this, Blue World City Islamabad will be the only housing scheme in the area that will have a dedicated block for Chinese nationals. As the Blue World City is located near the China Pakistan Economic Corridor route junction, a large number of Chinese professionals and businessmen will come to Pakistan for business and trade activities. The Chinese only block will be developed according to Chinese societal terms and will have all the amenities that the Chinese nationals require to live a comfortable life in Pakistan. Apart from this, the Blue world city will have the largest wholesale trading market dedicated to Chinese products.

Blue World City enjoys an immense location advantage when compared to other housing schemes in the area. The housing society is located off the Chakri Interchange of M2 Motorway on the main Chakri Road. The Blue World City enjoys close proximity to the upcoming Rawalpindi Ring Road, the China Pakistan Economic Corridor route, and the new Islamabad International Airport. The housing scheme will have direct access from Aerotropolis that will be developed on the junction of Rawalpindi Ring Road and Lahore – Islamabad Motorway Interchange. Apart from these location advantages, the Blue World City is located close to Capital smart city, Mivida Islamabad, Al-Haram City, Abdullah Town, Qurtuba City, Sihal, and Makkah Town. These posh neighborhoods and easy accesses from the urban centers of Islamabad and Rawalpindi and Islamabad make BWC one of the best real estate investment options in the vicinity.

The Blue World City Islamabad started off as an ambitious real-estate project during mid-2018. However, since that time, the housing scheme has attracted a lot of new and veteran real estate investors due to its commitment to the cause of delivering this housing scheme on time. The developers of Blue World City kept all the promises and the infrastructural development work in BWC has been going at a rapid pace! Even during the Covid 19 Pandemic, the engineering and development teams at Blue World City kept their work on going while following all the SOPs. Due to this dedication and commitment, society is now able to allocate plots to the first batch of clients in the executive block. The Blue World City recently held the first balloting of the executive block. The first ballot means that a selected number of clients, especially those who have kept up with their payment schedules, have been allotted proper plot numbers according to the exact location. According to the management of Blue World City Islamabad, the first ballot of Plots in Blue World City is basically a reward for the clients, investors, and future homeowners who kept their trust in the housing scheme. According to the management, the next ballots will also be done soon and it is a moment of pride for the whole BWC family.

As you can see that Blue World City Islamabad has delivered on the promises that made. And it is a fact that this society will keep on delivering on the commitment. According to the Blue World City specialists at Deal & Deals, the future is great for this housing scheme and investors should consider this as a secure investment that will deliver them good returns. Another reason that makes BWC an amazing real estate investment is the fact that it is only one of the few real estate projects that you can enter without breaking the bank. The investments in Blue World City Islamabad start from as low as 1 million PKR. Also, if you book your plot through Deal & Deals, then you can book a plot by paying as low as a 10% down payment. The rest of the payment is spread over a period of 4 years and you can pay them in easy monthly or quarterly installments. In order to book your plot in Blue World City, all you have to do is fill out the form below with your name and phone number. A blue world city investment specialist will get in touch with you as soon as possible. The specialist will guide you through the investment procedure. 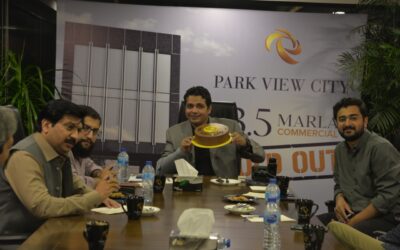 Park View City is one of the most dynamic and thriving real estate venture of the capital. The housing society is being developed by the Vision Group. The Vision group is a Pakistani real estate conglomerate that has developed a myriad of real estate projects...

END_OF_DOCUMENT_TOKEN_TO_BE_REPLACED

Rawalpindi is a Pakistani metropolitan and is considered to be one of the key cities in the country. The city has historic as well as strategic value. Islamabad, the Capital of Pakistan, was carved out from Rawalpindi and the city also hosts the general headquarters...

END_OF_DOCUMENT_TOKEN_TO_BE_REPLACED 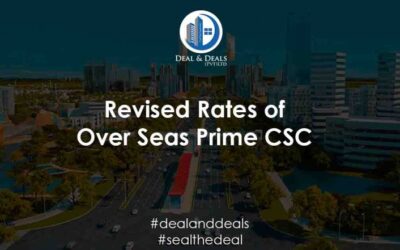 The real estate sector of Islamabad and its surroundings is booming. The current growth, as per the veteran investors and real estate experts of the region, is due to the incumbent government’s historic reforms. These reforms, bundled with a myriad of tax relief...