A Flyover Worth Rs 2.8bn to be Constructed in Multan 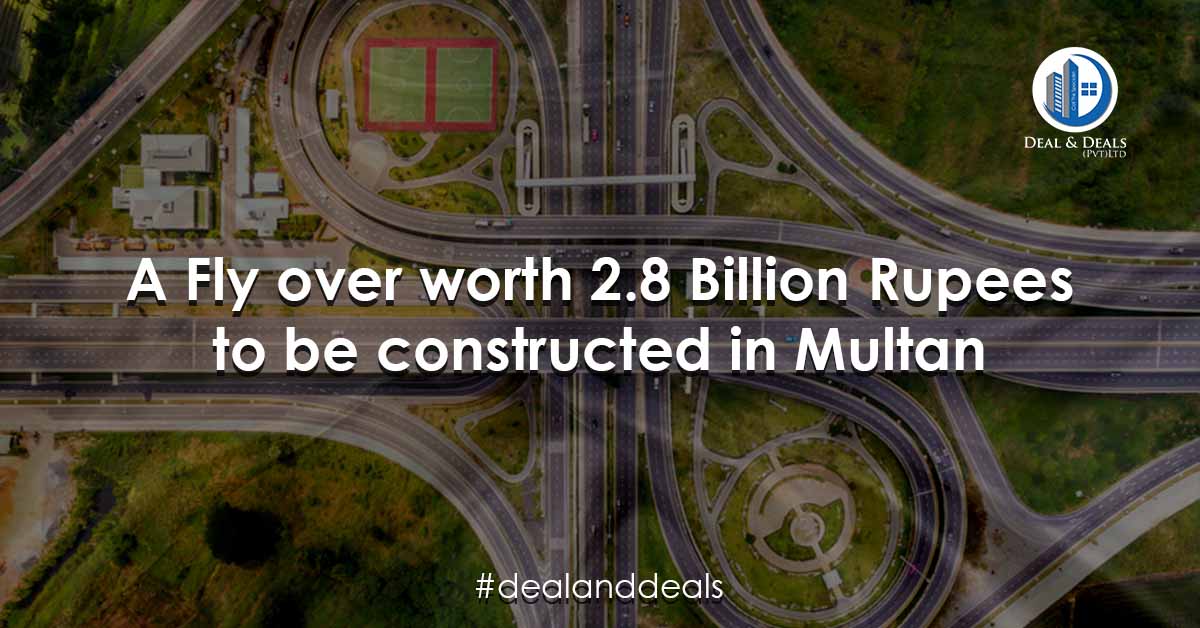 As Multan is one of Pakistan’s biggest cities, it faces a number of traffic issues primarily because of traffic congestion.

In order to tackle this traffic problem, the local authorities have approved the construction of a Flyover in Multan worth Rs2.8bn. This new development project in Multan is expected to be built on the Nadirabad Level-Crossing, and it would be a much-awaited root contributing to a decline in traffic congestion in the city.

This project is also important because it is likely to increase the real estate rates in Multan near to its site. This increase in real estate value is also predicted as a result of the Rawalpindi Ring Road project.

In recent times, the Ring Road project in Rawalpindi and this Flyover in Multan are considered to be some of the top development projects by the Punjab government.

This announcement was made in a special meeting that took place in order to overlook the overall development in the city of saints. The commissioner was presiding over the meeting, and he briefed everyone that this Multan flyover project is about to enter the stage of execution very soon.

This project is also being considered as a result of development policies adopted by the previous governments. The new Punjab government seems like it is following suit, and continuing to follow to the same development strategy, especially in terms of road infrastructure.

Both of these housing schemes in Islamabad are located right next to the proposed Rawalpindi Ring Road, and hence subject to an increase in real estate rates in the future.