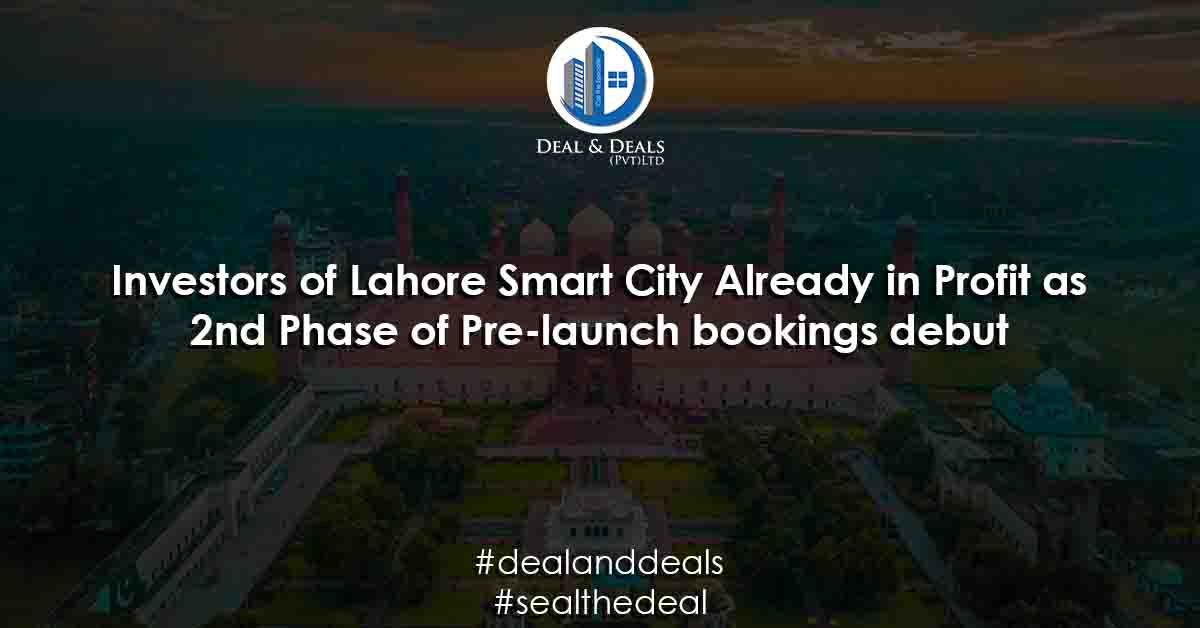 Smart City Lahore is a private housing society that is being developed in Suburban Lahore. The housing society is residential real estate project of Future Development Holdings FDH – a sister concern of Habib Rafiq Group Pakistan HRL. HRL is a Pakistani real estate development group that has developed some key real estate projects in Pakistan and abroad. HRL has completed projects for Defense Housing Authority, Bahria Town and Government of Pakistan.

The Lahore Smart City is set to be the 2nd Smart City of Pakistan. Spanning over 20000 Kanals of area, the housing society will be developed according to internationally recognized standards for smart cities. The developers of Lahore Smart City – FDH – HRL – are also currently developing Capital Smart City Islamabad. The development of Capital Smart City is ongoing with 20-25% of the infrastructural planning and development work complete. The developing in capital smart city has been marked excellent by the real estate experts of the region and they believe that same standards of development will be deployed when developing Smart City Lahore. The smart city Lahore will be fully gated community with its own Rapid Transport system and a myriad of civic amenities such as theme parks, mosques, WI-Fi hotspots etc.

Initially, the management of Lahore Smart City floated a limited number of residential plots through their platinum partners. This was pre-launch booking of Smart City Lahore with 2 blocks – Overseas Block and Executive Block. The overseas block in Lahore Smart City is meant for overseas Pakistanis who are looking to invest in Pakistan. The executive block is meant for local residents who want to invest in the housing society or plan on making their future home there. These limited plots sold like hot cakes and forced the management of Smart City Lahore to pause the bookings just after one week of pre-launch.

Now the 2nd phase of pre-launch booking in Lahore Smart City has been introduced. The prices have been revised. In the 2nd prelaunch phase, the plot sizes made available are 5 Marla, 10 Marla and 1 Kanal. Previously, the 5 Marla plot in 1st phase of pre-launch booking started from as low as PKR 1.8 Million. The rate now starts are PKR 2.16 Million for Five Marla plot in Executive block. Similarly, the overseas block rates have also taken hike with 5 Marla plot priced at Rs. 2.28 million. The 10 marla rates have also been revised with Executive block priced at PKR 3.96 Million while the overseas block 10 Marla is prices at PKR. 4.08 Million. All these plots are available for booking at a down payment of 10% with equal quarterly installments spread over 3.5 years.