Capital Smart City VS Blue World City where to invest? 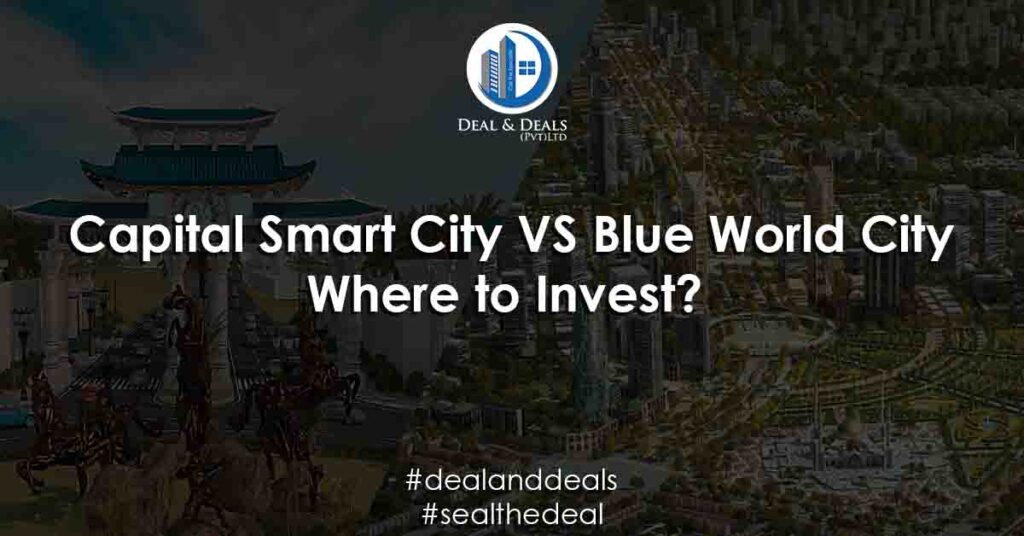 The trend of investing in Islamabad’s real estate sector, especially in the housing societies, has been there since the private cooperatives were allowed to do land development. Currently, the area ranging from Chakri Interchange on the Lahore – Islamabad motorway up till Sangjaani is an investment hotbed. The reason is that these areas are affordable and will host some of the mega projects of the twin cities. Two of the most famous private housing schemes in this region are Capital Smart City and Blue World City. These two housing societies were launched in 2018 and since that time has exceeded expectations of the investors and future homeowners.

The Blue World City is a modern housing society being developed in suburban Islamabad and Rawalpindi. The housing society is being developed by the renowned Blue Group of Companies. The Blue Group of Companies is headed by Mr. Saad Nazir – an established Pakistani serial entrepreneur and philanthropist. The Blue World City is located near Chakri Interchange on the main Lahore – Islamabad Motorway. The location advantage of Blue World City Islamabad is great because it is being developed near the proposed aerotropolis that is part of the Rawalpindi Ring Road. Apart from this, the society has a large face on Rawalpindi’s Chakri Road. This provides easy access to the urban centers of Rawalpindi and Islamabad. The Blue world city is one of the few housing societies of the region that is still affordable. The 5 marla plot in Blue world city’s general block starts from PKR 9.90 Lacs! According to the management of Blue World City Islamabad, they are able to provide plots at this rate because they are in the process of acquiring 60,000 Kanals of land to add in the already available 40,000 Kanals. Apart from this, the Blue World City is also set to become a tourism icon of Islamabad and Rawalpindi. The society will feature a water theme park along with life-size replicas of the world’s architectural marvels like Burj Al Arab Dubai and Istanbul’s iconic Blue Mosque. The Blue World City Islamabad is targeted towards those future homeowners who want to make their home in Islamabad in a society that is not only affordable but also offers all the state of the art amenities and luxuries. The housing society was launched in 2018 and since its launch, there has been massive infrastructural development work that has been carried out. In fact, as per the developers of Blue World City, the housing society is set for complete delivery and possession within the next few months.

Capital Smart City is a futuristic and modern private housing scheme located in suburban Islamabad. The capital smart city is being developed by Future Development Holding – a wholly owned and managed concern of Habib Rafiq Limited HRL. The HRL is a very reputable name in the real estate sector of Pakistan and commands an excellent portfolio in terms of real estate projects. The HRL is a Pakistani real estate and urban engineering conglomerate that has developed real estate projects for some of the biggest names of Pakistan such as the Defense Housing Authority and Bahria Town. Apart from a series of upcoming Smart Cities in Pakistan, the HRL is also the developer and owner of Royal Orchard Housing Schemes spread throughout Pakistan. The Islamabad Capital Smart City is a unique project that is not only affordable but is also all set to be the 1st smart city of Pakistan. Society was launched in 2018 and it has been developing at a rapid pace. The first ballot of Capital Smart City is already done and the possession has been announced for the majority of the sub-sectors in the overseas block. Apart from this, the location of Capital Smart City is one of the best when compared to other housing societies in the area. The society is located near Thallian Interchange on the main Islamabad – Lahore motorway. The Capital Smart city Islamabad is one of the few societies in the area that has an approved upcoming interchange from the Lahore Islamabad Motorway. Society is legally commissioned after the No Objection Certificate from Rawalpindi Authority. Another factor, that the investors of this housing society consider, is the speed of infrastructural development work that is taking place in this society. The rates of Capital Smart city start from 1.8 million for a 5 Marla plot.

The capital smart city and the Blue World City are both outstanding investments. The booking in both these housing societies starts from as low as 10% down payment with the rest of the payment divided into equal monthly or quarterly installments spread over a time span of 3.5 to 4 years. Deal & Deals is a platinum partner and authorized dealer of Capital Smart city and Blue World City. Being platinum partners, we can offer our clients an exclusive inventory of residential and commercial plots and discounts that they won’t be able to score anywhere else. For more information and booking, fill in the form below and one of our investment consultants will get in touch with you as soon as possible. 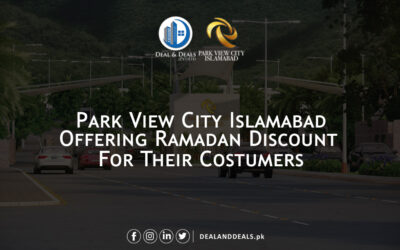 Recently the Director Sales and Marketing of Park View City Islamabad, Fareed Zaka Bajwa announced good news for the investors. He released a video on YouTube on April 17, in which he revealed that sighting the results of the Ramadan Discount Offer proposed last year,...

END_OF_DOCUMENT_TOKEN_TO_BE_REPLACED 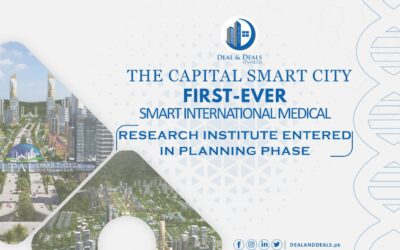 The management and owners of the Capital Smart City have laid the foundation of the first-ever smart medical research institute in Islamabad. In this regard, a groundbreaking ceremony was held in Islamabad on the 6th of April, 2021. This event was attended by many...

END_OF_DOCUMENT_TOKEN_TO_BE_REPLACED 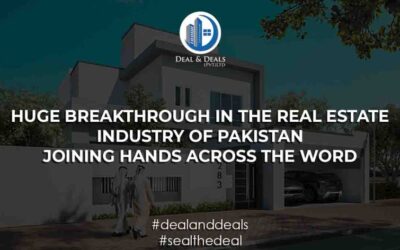 Attention Please….! Here is bombastic news from the real estate industry...! “A Smart City Is Going To Join The Smart Cities Of The World” Isn't it amazing….? For sure it is…. The real estate sector of Pakistan is going to compete with the smart cities of the world....